The 9th Annual Career Day hosted by the Boys & Girls Clubs of Broward County and held at American Heritage School on Friday, April 19. The Career Day event featured the speakers from the careers most requested by BGCBC teen Club Members.

The event began with a riveting speech by Vice Mayor of Fort Lauderdale, Ben Sorenson. He inspired the Club Members to pursue their dreams and not give up! Debi Davis led a presentation about the importance of staying engaged in the Career Day sessions using an interactive PowerPoint presentation.

There were eight (8) comprehensive breakout sessions that involved hands-on activities. JM Family Enterprises led the automotive station where the Club Members learned how to sell a car and how to run a mechanics shop. Dr. Robert Oller from Nova Southeastern University led the Medicine Station where Club Members listened to a stethoscope and learned about the different responsibilities of a doctor. Attorneys from Universal Property & Casualty led the law station where the Club Members participated in a mock trial. A local chef from Chef-4-US led a culinary station where the Club Members made a simple meal and learned how to run a catering business. Representatives from the U.S. Army led a mock boot camp. The Marine Industries Association led a session about marine careers featuring a 28-foot boat! Deborah Wednt led a yoga session and taught the Members how to have their own yoga business.  Dave LaMont and Donovan Campbell both prominent sports broadcasters led the Radio/Television Broadcasting station. 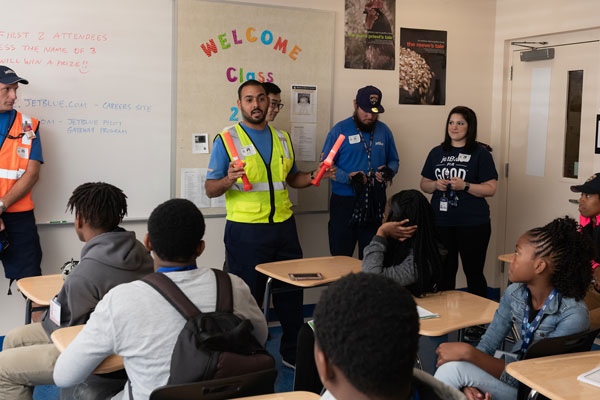 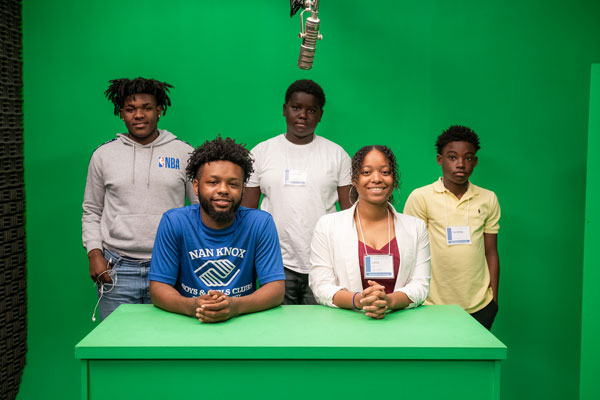