Boys & Girls Clubs of America and its Florida Area Council presented, John Clidas, Vice President and Senior Relationship Manager with Synovus Trust Company, with the 2019 New Board Member of the Year Award at the annual Florida Area Council conference on August 23, 2019 in Jupiter, FL.

This award recognizes the commitment to excellence and outstanding performance for his work in serving the Clubs in Broward County.

In his short tenure with Boys & Girls Clubs of Broward, John has helped the Clubs not only by raising funds for improvements but also by raising awareness of the organization.

John joined the Board in 2017 and the impact he has had on our organization since that time has been immense. “From the time he joined our Board, John quickly became one of our most involved and dedicated Board Members and to this day he remains a steadfast advocate for the Clubs and the members, said Brian Quail, President/CEO”.

John gives his time to the organization through attending fundraising events, in which he brings colleagues, friends and business contacts, as well as serving on the organization’s Executive Committee, Finance Committee and Major Gifts and Planned Giving Committee. In addition to serving as a member of these committees, John also finds time to attend club events and volunteer his time at the clubs to support members and mentor youth.

Congratulations John on a well-deserved award! 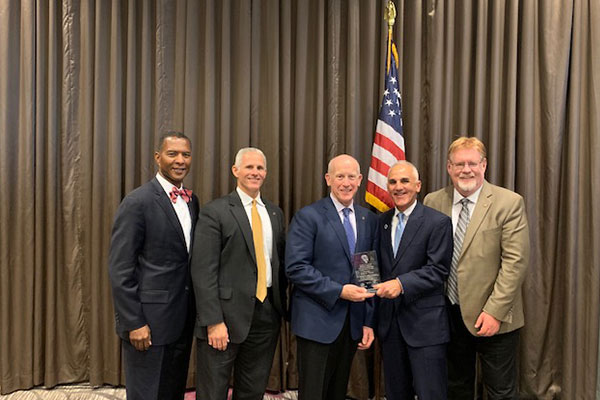