Charity Navigator has awarded the Boys & Girls Clubs of Broward County the coveted “4-star rating out of 4-stars” for the ninth consecutive year. This is the highest possible rating awarded by Charity Navigator and indicates that BGCBC is strong financially and committed to accountability and transparency when it comes to our organization. By attaining a 4-star rating, BGCBC exceeds industry standards and outperforms most charities in our area of work. Only 3% of the charities evaluated by Charity Navigator received at least 9 consecutive 4-star evaluations, indicating that BGCBC has continued to outperform most other charities in America.

Upon receiving notification of the award, Brian Quail stated, “It is an honor to be awarded the 4-star rating for the ninth consecutive year. Our commitment to provide a world-class Club experience is our number one priority to the youth of Broward County. I would like to thank everyone for their continued hard work and support, not only to our mission, but to the children who live in our community.” 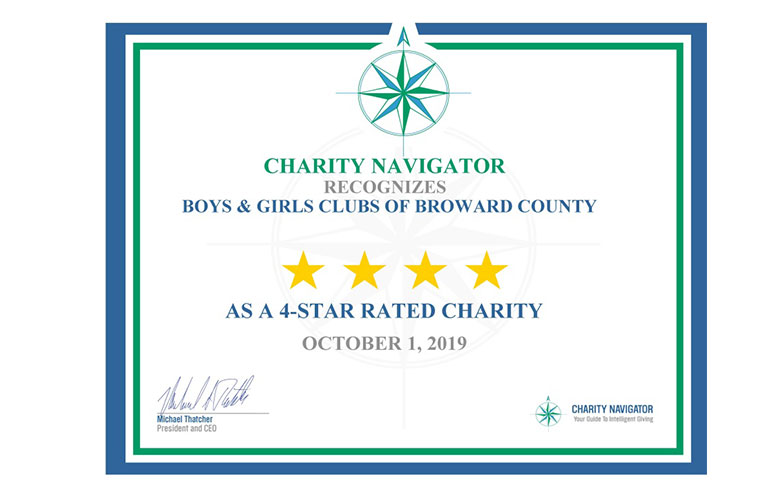