The Boys & Girls Clubs of Broward County hosted the Reality Store on Wednesday, March 20 and Wednesday, July 24 at Junior Achievement of South Florida’s Finance Park. During the two (2) events, hosted by BlackRock, over 120 Club Members received “a life” including a career, ranging from physician to teacher, spouse and children. Each teen received information on their family size, salary, taxes and take-home pay. Based on the information, each youth visited different life stations to make purchases based on their income including housing, groceries, banking, and transportation, entertainment, healthcare and legal.

Club Members visited the housing Station to purchase a 2 or 3 bedroom home or an apartment. Teens visited the AutoNation station to purchase a car, luxury or economy, based on their take home pay and the ability to get financing. The participants also decided if they could go on vacation or how often they can go to the movies in the entertainment station. Club Members deposited money at the SunTrust Station and learned about investing at the Wells Fargo Station. Teens also had to decide if they wanted to go back to school or invest in Florida Prepaid at the Broward College Station. Volunteer, Rich Lane, also dressed up as “Mr. Mayhem” to give the Club Members unexpected life events including winning the lottery, a traffic ticket or a broken bone. The Club Members then had to visit the station based on the life circumstance. For example, if a Club Member fell and broke a bone they visited the Broward Health station to pay for their medical bill. If a Club Member had unexpected flooding, they visited the construction station to pay for repairs.

The Club Members found the event helpful, because they were able to understand what it’s like to make real life decisions based on real life circumstances.

BGCBC would like to thank the presenting sponsor, BlackRock, the Bank of America volunteers, SunTrust volunteers as well as volunteers from Broward College, Broward Health, AutoNation, and Wells Fargo, who led the Life Stations. 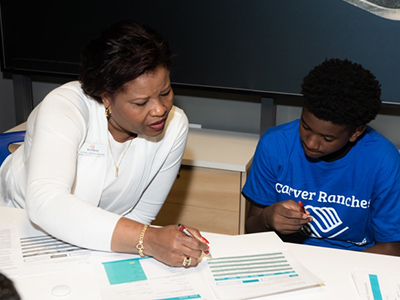 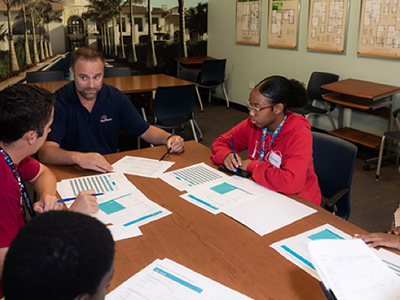 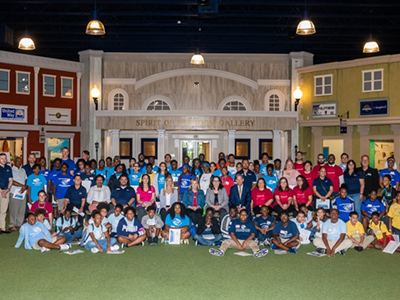