On January 27th, the Dr. Harold Reitman Club in Fort Lauderdale had the pleasure of hosting Undersheriff Nichole Anderson, of the Broward County Sheriff Department and BGCBC Corporate Board Member, as she stopped by the Club to visit with our members. She is the first African-American woman and the first woman to serve as BSO's second in command, under BSO Sheriff Gregory Tony. She is a 23-year career veteran of BSO, where in 2011 she became the first African-American female captain to head a district command; was the first African-American woman promoted to major in 2017 and the first woman to be named a colonel in 2019. She gave our members insight about her up-bringing and the challenges she has had, and still does, as a female officer. Our members were thrilled and asked many questions regarding her career. Members at the Dr. Harold Reitman Unit were honored to have Undersheriff Anderson visit their Club and asked her to come back again. Thank you Undersheriff Anderson! 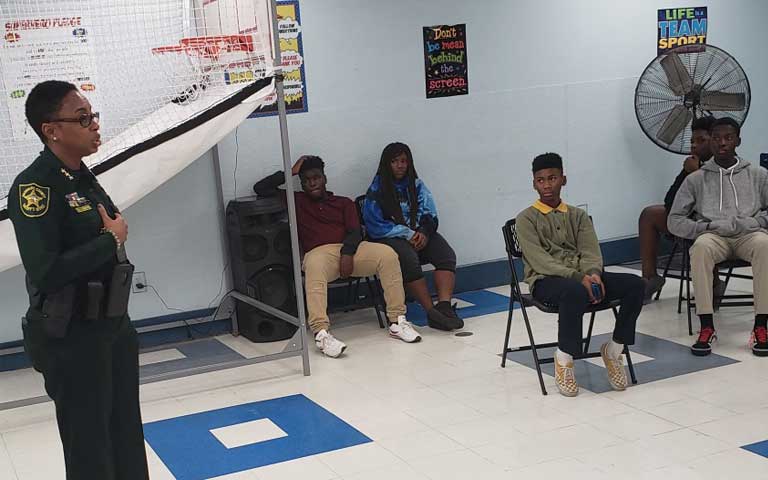